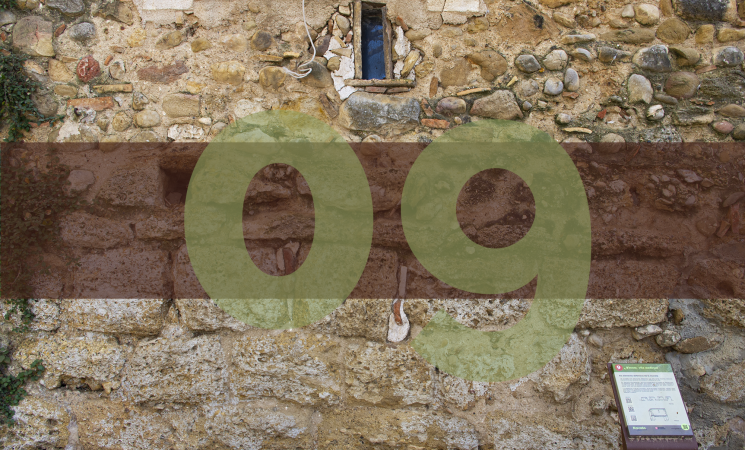 In line with their function as defensive structures, city walls had many defensive features that helped the soldiers in their task of defending the town. The most important features, and the only ones conserved from the wall surrounding the town of Navata, were the embrasures, although walls of this type also tended to have machicolations, a structure that ran around the top of the wall like a kind of little, floorless balcony, which served as an observation area and a place from where to mount attacks on the enemy using live calcium, stones, and excrement, among others. Above this, either on top of the wall itself or on top of the towers, there were the merlons; little square-shaped columns that formed the tooth-shaped spaces used by the soldiers to shoot at the enemy. 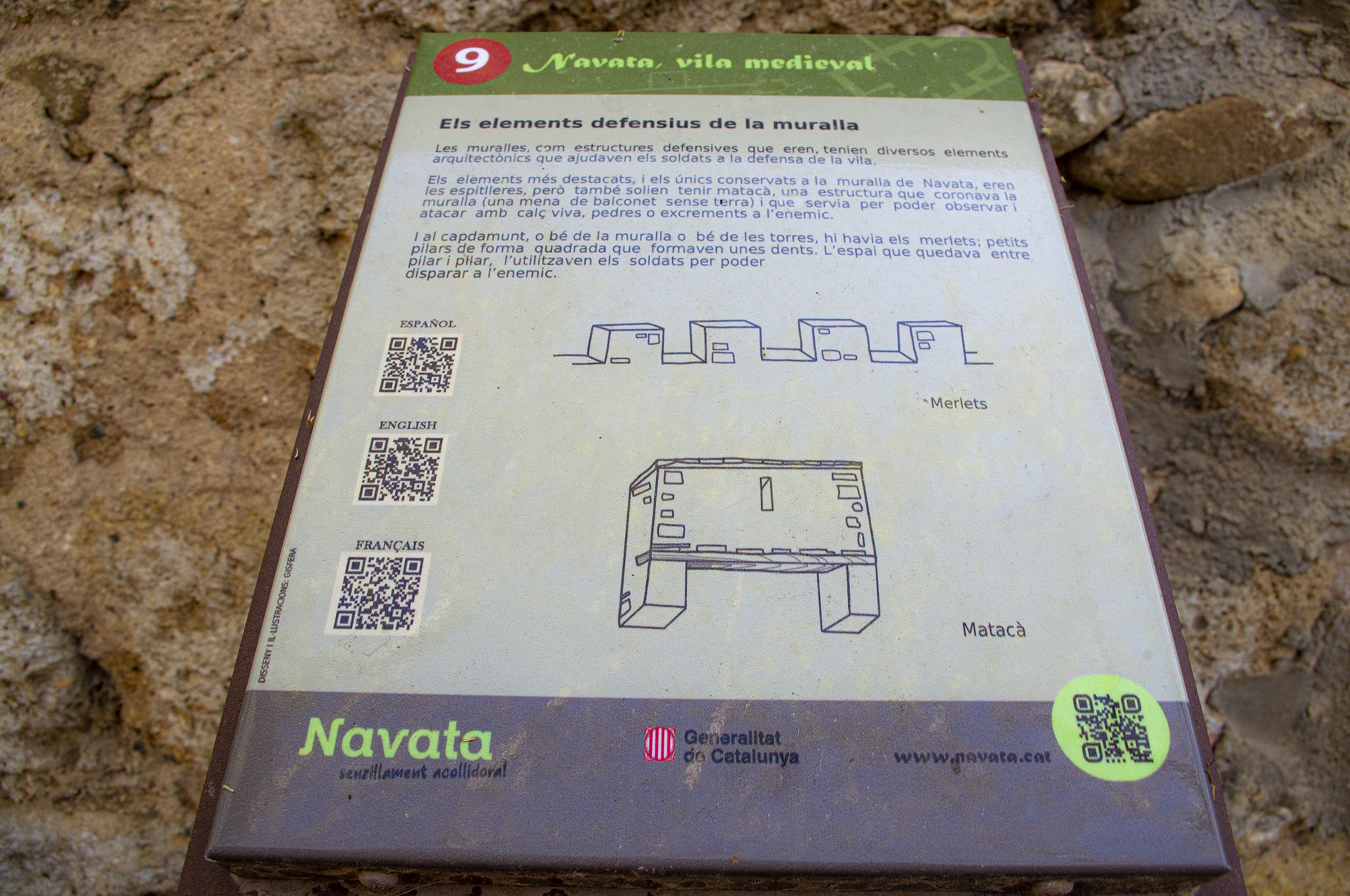 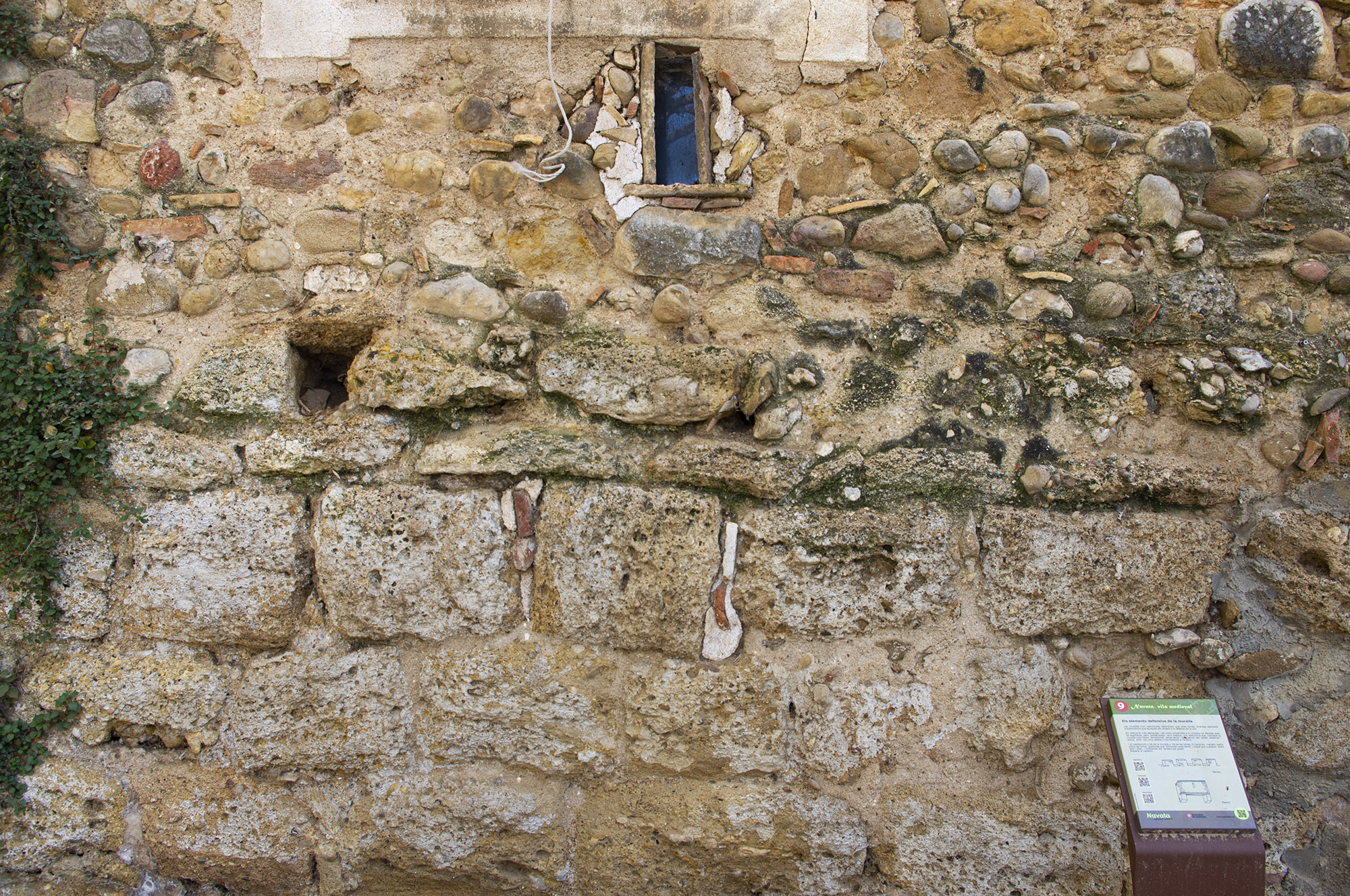