The medieval market, since Pentecost 1317 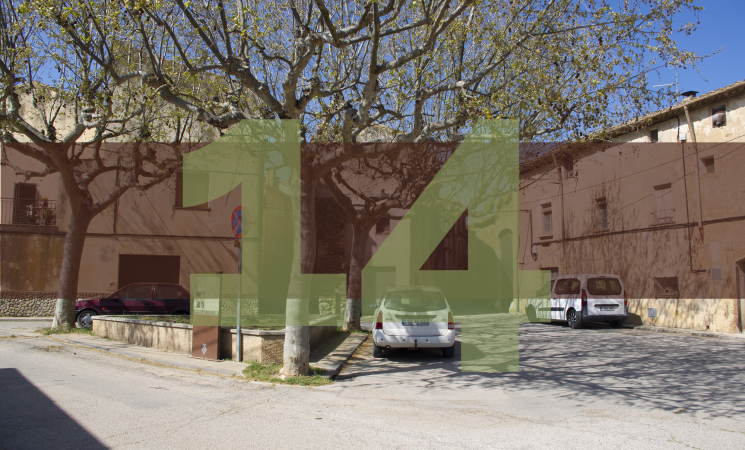 The first market in Navata, held originally on Fridays, was a privilege granted to the town by King James II on 11 May 1317. In 1599, King Philip III granted the town the privilege of holding an annual, two-day fair for Sant Antoni on 17th and 18th January, also changing the day of the weekly market to Saturdays.

Since not all municipalities enjoyed the privilege of hosting a weekly market, farmers, craftsmen, and traders would go and sell their produce and articles in the markets of neighbouring villages that could do so. This meant that the towns where markets were organised were more important both economically and socially than the other places in the surrounding area. 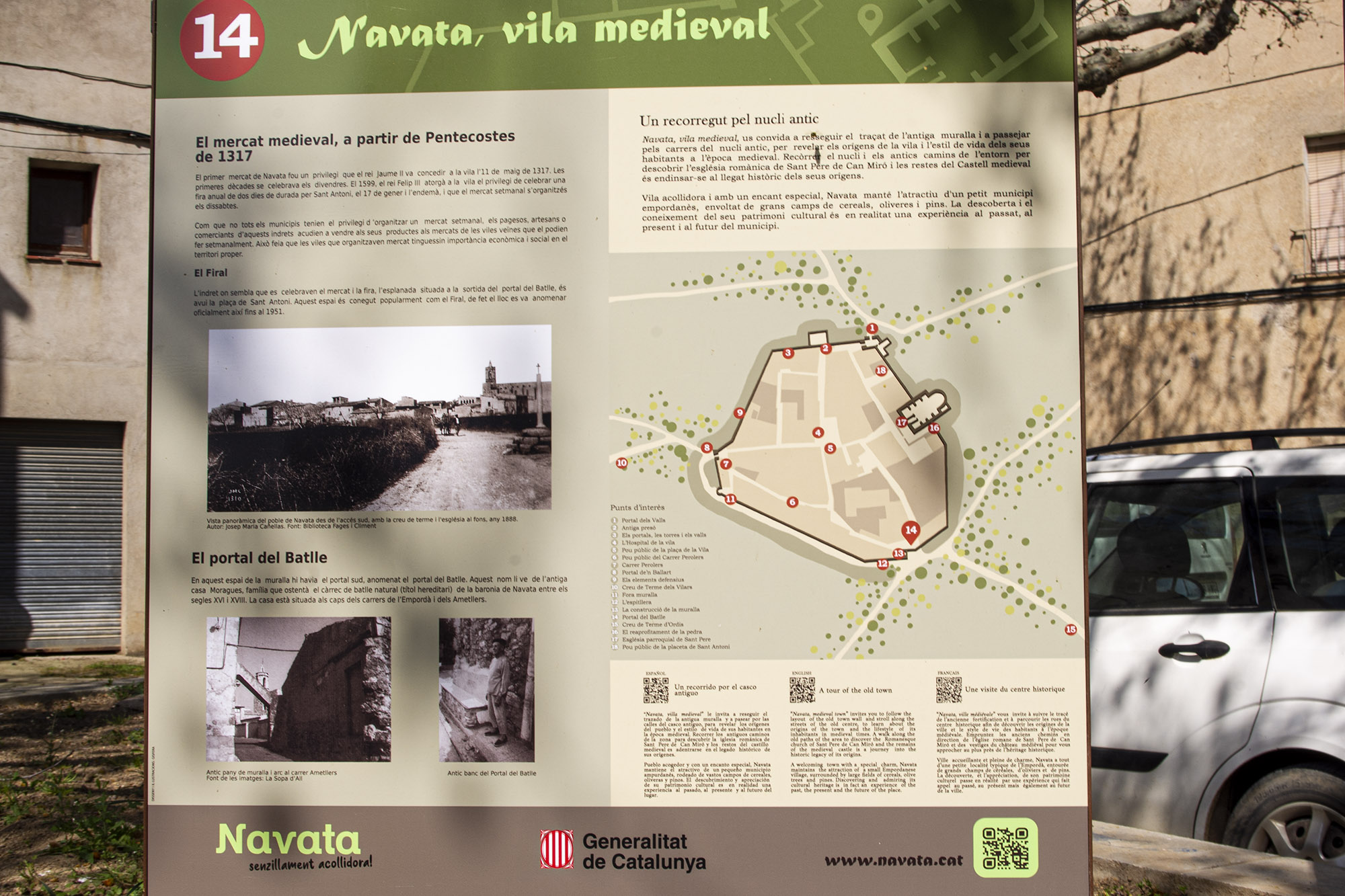 The spot where it appears that both the market and the fair were held is the open space located at Batlle Gateway, nowadays called Sant Antoni Square, but known locally as El Firal, which was in fact its official name until 1951. 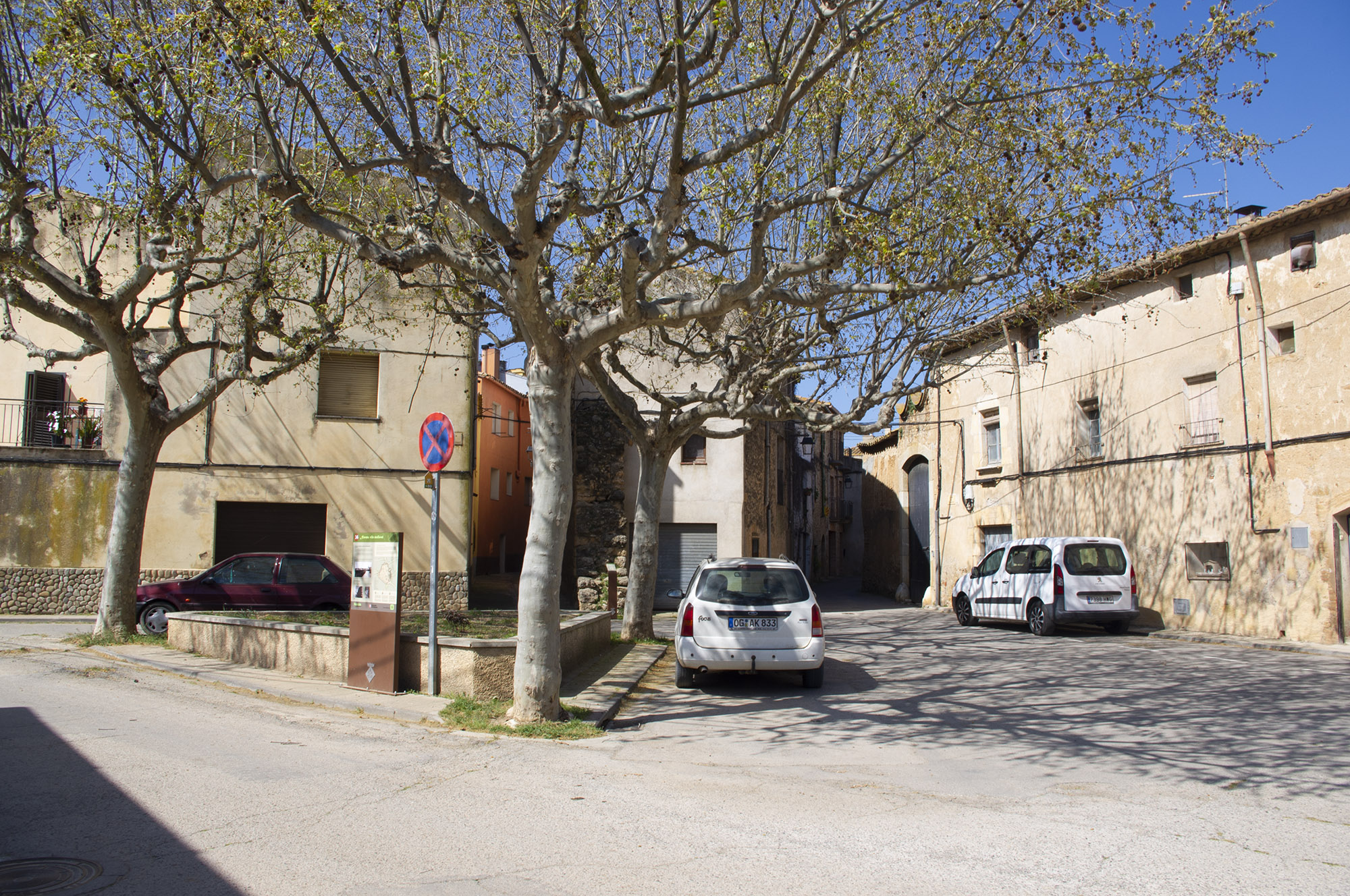 This is the spot where the wall’s southern gateway, known as Batlle Gateway, was. Its name comes from the old Moragues House, owned by the family that held the hereditary title of natural mayor of the barony of Navata between the 16th and 18th centuries. The house is located at the top of Empordà Street and Ametllers Street.